The big “R” word (recession) is back in-vogue with FedEx’s warning of a global recession and inflation continuing above 8% year-over-year for the month of August.   With that new information in mind, we wanted to give you some insights on historical recessions and also what our network partners are seeing right now given the possibility of a recession continues to be top of mind.

So, what is a recession?  How long do they typically last?  What are some warning signs?

The National Bureau of Economic Research (NBER) defines recession as “significant decline in economic activity spread across the economy that lasts more than a few months.”  A rather general definition, admittedly.  The trouble is we generally do not officially know that a recession has happened until it’s already over.

Looking at this chart from Capital Group, the average recession lasts about 10 months going back to 1950 (while expansions last much longer).

What are the warning signs to look out for in the economy?   Here are few data points to keep in mind…

This and more research from Clear Bridge Investments point to a mixed bag of economic information.

Given the mixed bag, about 47% of our partners from our latest survey believe a recession is likely in the next 12 months.  For perspective, that is up from 20% in the May survey. 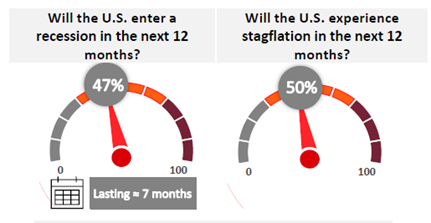 Are there any actions to consider in light of this?   Of course, one obvious action is to maintain a diversified portfolio that can withstand volatility but as we’re experiencing, bonds aren’t generally holding up their end of the bargain this year!   With that, are there any other actions to consider? Here are a few (among others) – 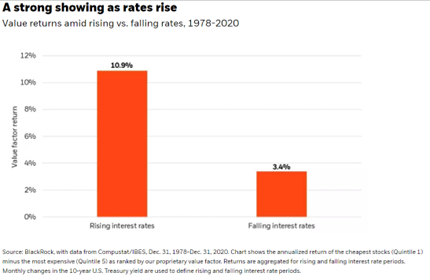 If you want to schedule time to talk in more detail, feel free to book a meeting (in-person or WebEx) here!